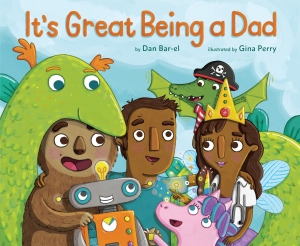 Ariel: Gina, congratulations on your picture book debut, IT’S GREAT BEING A DAD!

Gina: Thank you so much, Ariel! I still love that the word debut applies to something in my life. It sounds so formal and celebratory!

Ariel: If you could choose to live in the world of any picture book, which world would it be? Why?

Gina: When I’m working hard on final artwork for a picture book it seems like I live in that world. It’s a wonderful, immersive feeling. If I had to pick another world, it would be Emily Hughes’ Wild. Her environments are gorgeous and mysterious and who wouldn’t want to roll around with friendly (but wild) foxes!

Ariel: You get to pick a pen name – what is it?

Gina: I actually have a pen name! My maiden name is Perry. My married name is very similar (it even rhymes!) so it gets a tad confusing at times. I do like the slight bit of intrigue of having an alias.

Ariel: If you could take credit for ANY other published PB out there, which one would you choose?

Gina: Oh, just about anything by Peter Brown but especially MY TEACHER IS A MONSTER! (NO, I AM NOT.) It has all my favorite things in a picture book: humor, horror, friendship, and a revelation. Every last visual detail is lush but also adds to the story.

Ariel: How many siblings do you have and where do you fall in the birth order? Did it matter?

Gina: I am one of three girls, and as I’ve heard all my life, “She’s the baby.” Being the youngest had an enormous impact on my life. I had a lot more freedom and independence, but I was also interested in very different things growing up (books, school, art) so I carved my own path rather than following anything they had done before.

Ariel: Tell me about the pet/s you had growing up.

Gina: Dogs were always part of our home. My favorite little guy was a Lhasa Apso mutt named Fred. He always looked dirty, attacked the mail as it came in the mail slot, and was generally disliked by most of my family. But he waited for me to come home each day and spent all his time with me. There is something really special about having a dog show loyalty to just you in a busy household. That helped me overlook some of his other personality (and hygiene) quirks.

Ariel: Most fun or funniest job you’ve had, besides author/illustrator?

Gina: My first job after college was at a small animation studio in Boston called Olive Jar Studios. It almost felt like an extension of college: all young creatives, fun work, long hours, lots of take-out. I get to impress my kids that I once worked on Pillsbury Doughboy and Nesquik commercials. It also doesn’t hurt that it’s where I met my husband!

Ariel: What do you think would be the perfect Father Day activity?

Gina: Well, hopefully you have a copy of IT’S GREAT BEING A DAD to read, followed by cards and goofy gifts for Dad, a big homemade breakfast spread, and a family ping pong tournament.

Ariel: You have two debut books this year – congratulations! IT’S GREAT BEING A DAD, written by Dan Bar-el and illustrated by you, and SMALL, which you both wrote and illustrated. How did it compare to illustrate a book you wrote versus one written by another author?

Gina: Thank you! I had been working on SMALL for such a long time before it was acquired that it felt easy-breezy and thrilling to actually get down to final art. IT’S GREAT BEING A DAD required a lot more time to brainstorm character, setting, and compositions. I worked on them back to back so it felt more like a happy blur than anything else. I fully admit to tearing up while working on both books. It has been a long journey to publication and I felt the joy of reaching a huge career goal every day.

Ariel: Do you have any advice for illustrators about preparing for a debut publication?

Gina: Absolutely! Don’t be afraid to ask questions – you have lots of advocates wanting the book to succeed. Reach out to anyone who can help you navigate new waters. I have moments where I feel totally clueless about marketing, but I know I can ask friends, my agent, my publicist and find the answers I need.

Ariel: What’s next for you? Are you currently working on a new project?

Gina: I am working on final art for my next picture book as author/illustrator, TOO MUCH! NOT ENOUGH! to be published by Tundra, Summer 2018. This was my very first completed dummy and I am over the moon to get this book into the world. After that I will be working on another picture book for Tundra and hopefully submitting an early reader series proposal that I’ve been too busy to finish.

Gina Perry is an author and illustrator working under the tall pines in New Hampshire. 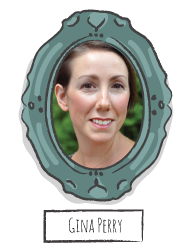 She grew up in Massachusetts, drawing, playing with yarn, and burning through all the books in the library. Gina went to Syracuse University and worked in animation and as an art director before realizing that children’s books were her true calling. Her debut picture book, It’s Great Being a Dad (Tundra, April 4, 2017) , written by Dan Bar-el, is a hilarious story about imagination, play, and the best parts about being a dad. Her picture book debut as author/illustrator, Small (little bee books, August 1, 2017), is an empowering story about a small girl in the city, who shows us what happens if you take one big and brave step. Future books include Too Much Not Enough (Tundra, Summer 2018) and a yet untitled picture book (Tundra, Summer 2019). Visit her at ginaperry.com or on twitter @ginamarieperry or instagram @ginapineapple 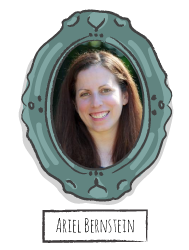 Ariel Bernstein is the author of I HAVE A BALLOON, illustrated by Scott Magoon (Paula Wiseman Books/Simon and Schuster, Sept. 26, 2017) and the chapter book series WARREN & DRAGON, illustrated by Mike Malbrough (Viking Children’s, Summer 2018). You can find Ariel online at http://www.arielbernsteinbooks.com , and on Twitter @ArielBBooks .

Stay up-to-date with all the Picture the Books debuts, news, and interviews on Twitter at @picturethebooks, on Instagram @picturethebooks and by becoming a follower of our website/blog using the Follow button on this page!

Follow PICTURE the BOOKS on WordPress.com
Join 1,357 other followers